When did you last receive a message on social media from a stranger? A decade ago, Facebook filtered unsolicited messages into a mysterious “other” filter and if you set engagement to “one mutual friend” strangers could not make contact.

In 2020, a new singer to burst onto the scene via a talent show might receive thousands of comments and messages over social media before she’s returned to her hotel room. I say “she” as this happens much more to females than males. This was the shocking experience reported by Little Mix’s Jesy Nelson in her BBC Documentary Odd One Out.

To show that insulting comments from men to women they don’t know could be “negging”, a warped type of flirting triggered by Neil Strauss’ book The Game, is illustrated by comedian Kat Havoc. Her response: put him on Blast. In other words, she shared his comments over social media to show how ridiculous they are.

From a woman’s perspective, negging often just sounds like rudeness. Women are not taught “pick up” techniques, perhaps because social skills and communication come more naturally to women then men. The pressures and societal responses to men and women are vastly different. 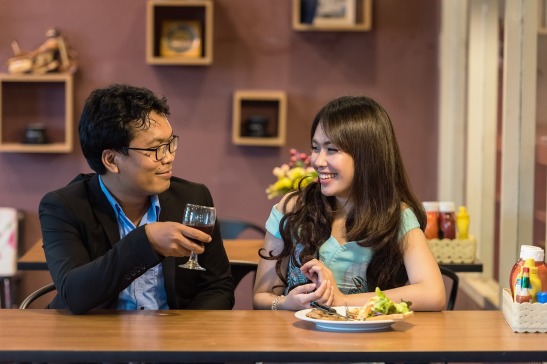 Back in 2011, Nicky Woolf wrote about the new trend to “neg” women for the New Statesman. The idea went along the lines that if a man attacked a woman’s self esteem she would respond by trying to win his approval. This, it has been claimed, is a mechanical take on regular flirting.

When it was impossible to connect with a new face-to-face acquaintance or friend request an old friend on Facebook, it seemed to make people feel like stalkers. However, in 2020, it has been revealed by comedians such as Josie Long, singers included Little Mix’s Jesy Nelson, politicians such as Diane Abbott and TV presenters such as Gail Porter that online comments have been scary and soul destroying.

It is now possible to read about how to become more resilient against bullying online. Wikihow provide some good suggestions on How to Bully-Proof yourself. Psychology Today and Personal Branding Blog also take the resilience approach. 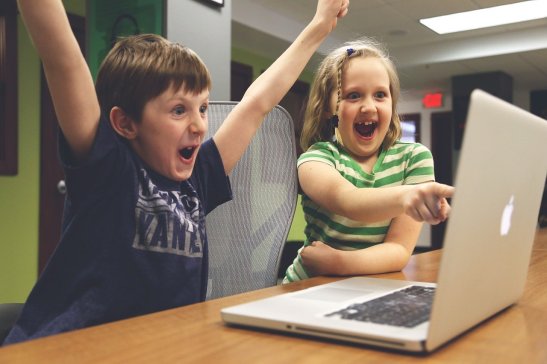 Bullying can be defined as a ‘stimulus’ as it is the first thing said in a human interaction. It looks for a response. When no response comes, the first thing the stimulus wants to do is find anywhere to get a reaction. Eric Berne’s book The Games People Play would probably describe bullying as done in “child ego state” as it is not an objective adult way of interacting with other people.

It is suggested that many of our behaviour styles were learned and created in childhood, including games, which would mostly be started in the “child ego state”.

Therefore, bullying is now becoming better defined, which has allowed more theories to grow up to allow us to protect ourselves against it. Whatever scale bullying exists on, from a child poking fun at a classmate to a full blow war, it is always about person A who sends the stimulus, not person B who responds. An adult in this situation would sit down and have a discussion. 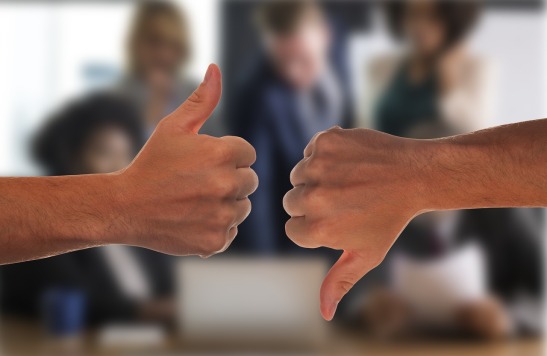 Like companies with feedback, we only have to take opinions we find useful – Image by Gerd Altmann from Pixabay

We can see from this that the bully is stuck in child ego state and is trying to initiate a game. The bully needs other players and the game cannot start without competition.

Understanding how we work as humans has had a very slow start in psychology. In fact, to provide information on human dynamics to a patient, a therapist can hand power to their client and arm them with information for self healing. It is difficult to understand why we have wasted so much time trying to eradicate a human behaviour such as bullying, while putting the onus for the problem onto the receiver, the victim, not the instigator: the bully.

In this way, many people have been isolated, silenced, victimised and alienated from their peers. When someone feels alone, it shames them. Shame thrives in silence and darkness and the minute you shed the light of communication and information – which is power – onto a situation, the shame cannot survive. Why have schools and workplaces not had open discussions about bullying and encouraged healthy, adult interactions? 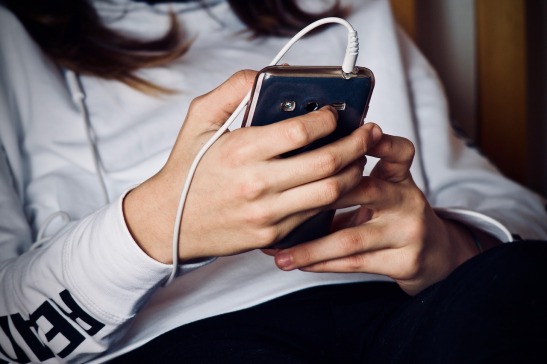 Two documentaries on the BBC, Being Gail Porter and Odd One Out, have revealed how much abuse Gail Porter and Jesy Nelson have received from the public via social media. This is bullying. However, it might have another thread to it: Negging.

In today’s oversexed world of media, images, societal expectations and celebrities, teenage crushes have left the secret drawer in the bedroom and gone online. Not just crushes but objects of obsession. Sadly, societal squeamishness has pushed important conversations under the carpet, leaving the media to exploit people’s desires. While schools, parents, politicians and the media buries the facts bout how we work and sex issues and the Internet has filled the gaps.

In the 1980s, a dose of negging by a boy who fancies a girl could almost be put down as banter. It could be funny as the girl has no idea that the boy fancies her and responds accordingly. His frustration increases so he steps up the insults hoping to break her. The teenage boy and teenage girl’s perspectives are completely different. Providing teenagers with better understanding of each other gives them more armour to protect themselves.

Therefore, the idea of someone being able to message a new celebrity over Instagram and give their opinion on that person’s appearance and value to the world needs examination. Over the last decade we have gone from message spam filters and Junk Mail folders, through privacy settings to the open forum of Instagram. Now you can follow anybody, respond to a post and message them without authorisation first.

The idea of “mean behind the screen” also needs our attention. The Guardian wrote an excellent article about how people behave when they cannot see each other. Someone can write “I hate you” or “You are ugly” or “I want you dead” to a stranger without consequences and the child ego feels satisfied for having released that negative emotion. Why would those messages even REACH someone that person has no connection with? Surely social media could penalise or even prevent this from happening? Let’s go back to message filtering.

If I want to message my cousin on LinkedIn, I have to pay LinkedIn. Unsurprisingly, LinkedIn is used more for professional purposes than social ones. This harks back to the bad old days of Friends Reunited, when you were so annoyed at the 20 minutes you never get back registering for Friends Reunited to be asked at checkout for £7.50 – the mistake being not asking up front to give the person the choice for use of their time – that you grudgingly join to see you unwittingly ignored old friends from before the Internet and missed invitations you knew nothing about.

Now, Facebook-owned Instagram has let the cat out of the bag. By posting on Instagram, you can receive comments and be messaged by strangers. This is worse for girls than boys and particularly dangerous for young, vulnerable and hormonal young girls, particularly today when gender equality has gone backwards, thanks to our male-dominated media.

Social media has let mysogony, homophobia, harrasment and bullying out of the woodwork. These have always been there, but as Gretchen Carlson can prove, creepy rich bosses can now not quietly whisper their harrassment to female employees. Anyone can be taped or filmed and using our devices to name and shame bullies and abusers is one way to go. Like companies responding on Twitter, bad PR does damage people’s reputation.

A bully may still have their time in front of their gang in the primary school playground, but when they want to become a CEO or run for office in two decades time, their behaviour will no longer be something they can sweep under the carpet.

Sadly, social media has allowed badly advised posts to end careers. However, a post is just one part of a human interaction. I think we need to give decent people the benefit of the doubt when they make mistakes by at least giving them a response before all hell brakes loose. This allows us to provide new information, to give someone another perspective, to disagree or to challenge them before the guillotine falls.

There needs to be safety for decent people. We need to understand and define human behaviour and draw patterns to learn how to respond to it for ourselves, our families, our celebrities and the general wider society so these damaging types of behaviour evolve with the rest of us.

Key moves – three things to remember when you witness or experience bullying or negging.

Find complete self acceptance – this is learning to accept ourselves completely as the human being we are with our nature and our nurture as we can only be this so to be proud of it and not fight ourselves.

Shed unhelpful opinions – As Brene Brown says in Call to Courage on Netflix (see below) people like sitting in the cheap seats and sharing their judgments and opinions, but these have no weight. Let them float away.

Bullying is a game that needs players – we can choose not to play. People give bullies too much credit for ignorance. They say unkind things deliberately to get a reaction. It is a stimulus that wants a response and so if they do not get one, they go off elsewhere in search of people to play with. It is inaccurate to say people don’t know the affect they have on others as their main aim is to have affect and therefore control, over someone else. It is not personal, it is always about the person making the stimulus not the one making the response.

8 comments on “Social Media Unleashes an Epidemic of Negging Online”

This entry was posted on January 18, 2020 by dairyofanonnymoose in Cyberbullying, Negging and bullying and tagged how to become bully-proof, negging, self-protection, talk about sex, teenage hormones.

Understanding Adults with Dyspraxia in Education and at Work 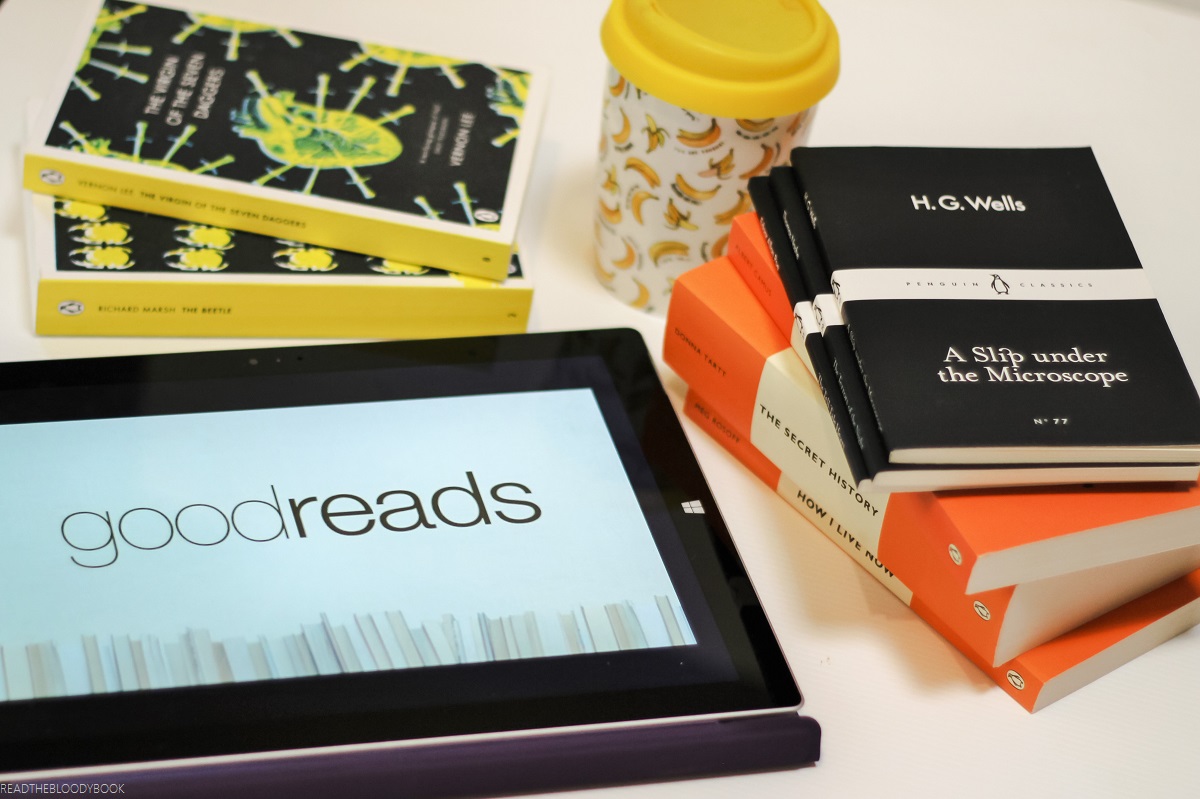 Please do my survey for my natural health, self care tool idea

How and Why We Must Learn Not to Spread Viruses

I watched #Brexit – An Uncivil War on Netflix last night and thought: how easy society is to manipulate. How can we feel ourselves being boiled like frogs? How did Michael Gove, Dominic Cummings end up in parliament and Nigel Farage become an MEP. The reasonable thinking that existed up til 2016, fought for by […]

Understanding Adults with Dyspraxia in Education and at Work

This morning I had a conversation with a tutor that left me feeling somewhat alienated and disorientated. Conveying how I work to plan my progress to someone who doesn’t think as I do takes a huge amount of energy and feels unrewarding and unproductive.   Today, a Google search for anything about strategies for work […]

Please do my survey for my natural health, self care tool idea

I am creating a handy tool to package and deliver information about what foods deliver what vitamins, minerals and micronutrients to promote the healthy staple diet for optimal health. Please could spare 5 minutes to answer these questions. They are multiple choice or yes/no. If you don’t want to answer all the questions, that is […]

How and Why We Must Learn Not to Spread Viruses

If the world now learned how to stop the spread of the common cold not just accept it and pass it round, we could beat COVID-19. The “common” cold is not so common anymore. More rhinoviruses and coronaviruses have entered the system unchecked and are getting increasingly virulent and harder to contain. Before the COVID-19 […]