In the English Heritage gift shop in Pendennis Castle in Falmouth, I found something I’d dreamt about for a long time. It was a map of ancient Britain, which showed all the areas and the names of the tribes who lives there such as the Iceni, Boudicea’s people. 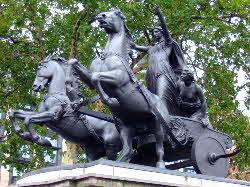 Boudicea, queen of the Iceni tribe

These areas had interested me since a documentary showed how many people living around Somerset descended from Cheddar Man who lived 11,000 years ago. However, more recently and as a result of reflecting on personal experience, I had found a new use for this information.

Where did you go to school?

Are you someone who went to school in an area where your family had lived for a few generations? Or did you go to school somewhere your parents had just moved to? Did you get sent to boarding school?

What I want to find out is how often do groups of friends form at primary school made from of people whose parents predominantly come from that same area. There may be a survival whizz kid who has been moved around enough schools to be rehearsed in the art of becoming ring-leader or becoming the cool kid.

In other words, exceptions apart, were you part of a group or a loner or did you have one best friend? Were you genetically linked to the area or not? What do you know about people you went to school with?

Groupings effect how you relate to people around you

My tribal theory is about the effect that groupings early in life have on how you relate to yourself around people. Are you an individual who would like to be part of your local community or join in with some local activity or do you find yourself in groups and get frustrated by the predictability of it all? My dad learned to deal with arriving at school far away from his parents by immersing himself in sport and becoming good at it.  There may not have been a conscious or even unconscious relationship between sport and origins but it is what happened.

I believe that groups might form naturally amongst children from the same tribe. This may sound silly, however it is worth considering how so many families tend to stay put over generations.

This idea reflects my time at primary school and releases me from feeling there might be something wrong with me or that I’m not good enough when I consider this idea. My parents moved to Surrey when I was three.

My maternal grandmother’s family were from County Cork in Ireland and my Dad’s family were split between Kenya and Jersey. I’m glad I had to make such huge efforts to fit in, as my parents did into their social environment. This brings me to the other side of this theory. 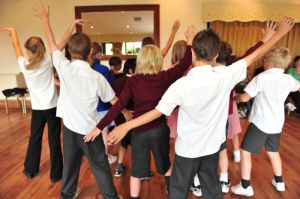 Do you feel part of the gang?

If you are someone who went to school in a town or area where your family have solid roots, did you naturally become part of the gang at school or did you always feel like you were left out, excluded or different from everyone else?

Had UK Government Put Public Interests First, Might We Have Averted Disaster

Creativity Will Always Be Important for Humanity

Voyage of Discovery about Nutrition

Like a virus, the spread of ideology relies on transmission among the community. Society is made up of various groups and has been since the dawn of time. We have a minority of thought leaders known as innovators and they are followed by Early Adopters. Trumpism and Brexit, like Nazi Germany, have relied on the […]

Had UK Government Put Public Interests First, Might We Have Averted Disaster

Boris Johnson’s Government’s focus seems to have been on big corporation interests from the start of the COVID-19 outbreak, thinking they could “flatten the curve” after contact tracing and quarantining had been dropped. After John Newton predicted a million cases, the government abandoned its contact tracing in favour of a 3-4 month national lockdown. Could […]

Creativity Will Always Be Important for Humanity

I’ve felt for years the western world, particularly, is making it increasingly difficult for visual thinkers to survive. Creative people tend to be solution finders, problem solvers, thinkers, observers, investigators and inventors. This might mean that creative people design their own processes into their work. Therefore following a new unfamiliar process on its own is […]

Voyage of Discovery about Nutrition

Almost finished Tim Spector’s book Spoonfed, which is a detailed overview of human nutrition from a GP and nutritional scientist’s perspective. If only every GP needed to study nutrition as Tim Spector has. Spector’s book demystifies every area of the modern diet from gluten, animal and plant protein, gluten, fibre, caffeine, alcohol, water and shows […]

I watched #Brexit – An Uncivil War on Netflix last night and thought: how easy society is to manipulate. How can we feel ourselves being boiled like frogs? How did Michael Gove, Dominic Cummings end up in parliament and Nigel Farage become an MEP. The reasonable thinking that existed up til 2016, fought for by […]